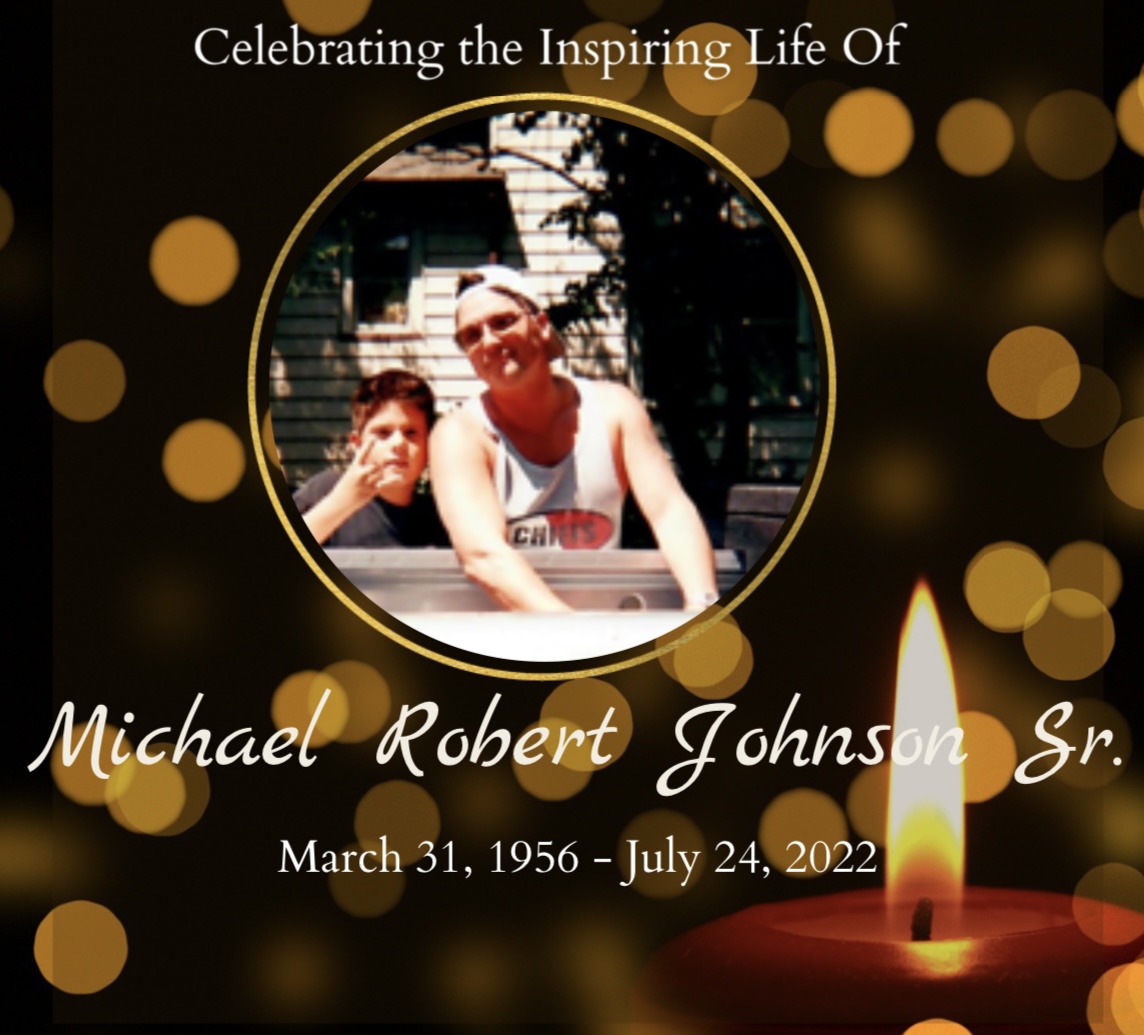 We honor and celebrate the Inspiring Life of MICHAEL ROBERT JOHNSON SR. Michael will be cherished and remembered through the legacy of his family and friends.

Michael R. Johnson, born on March 31st 1956, has passed on. He will be joining his loving mother Mary Johnson and father Rodger Johnson, as well as his best friend Uncle John Hamilton.
Mike will be remembered through his extensive family. His daughters Rozzlyn & Brandy and his twins Michael & Ashley, also as magnificent grandfather to Arya, Aerys, Ethan, Grayson, Lexi, Aiden, and Addison. Mike will also be remembered by his brothers and sisters Don, John, Nancy, Susan, Carl, Eileen, and Rodger.
Mike moved to Las Vegas, NV from Chicago in 1980’s to start a career in the Casinos where he worked until he retired in 2016 after a battle with pancreatic cancer. He would always speak about his passion for boxing and his admiration for the greatest boxer of all time Muhammed Ali during his own fight, which gave him the strength to beat cancer. While Las Vegas was home for most of his life the city he truly loved was Chicago. There wasn’t a day that went by where he didn’t mention his life & family in Chicago, or how Michael Jordan and the Bulls were the greatest basketball team of all time. It brought him incredible joy to see the Cubs win the world series immediately after beating cancer in 2016.
This man is loved greatly by family, friends & colleagues. He has made a generational impact on his family through arts and music, but he also had a professional impact on those whom he has trained and managed throughout his career. He and his Uncle John were immense lovers of aviation and would spend time watching the jets leave Nellis Airforce base and building model airplanes, a hobby which he then shared with his grandson Aerys. He also loved boxing and could speak for hours about the greatest fights in history, or the boxing matches he was able to attend after a long day of work on the strip. He and his son Michael were always debating who the greatest boxer is, and who the current greats are. He had a passion for reading and writing, and would keep a personal journal of his daily life, which he has passed onto his daughter Ashley and granddaughter Arya. Most importantly he loved his family and would always do what he could to make sure they were safe and taken care of.
Mike Johnson was loved deeply by family & friends and will truly be missed.

Please feel free to leave a loving memory or positive comment about Mike with the family.