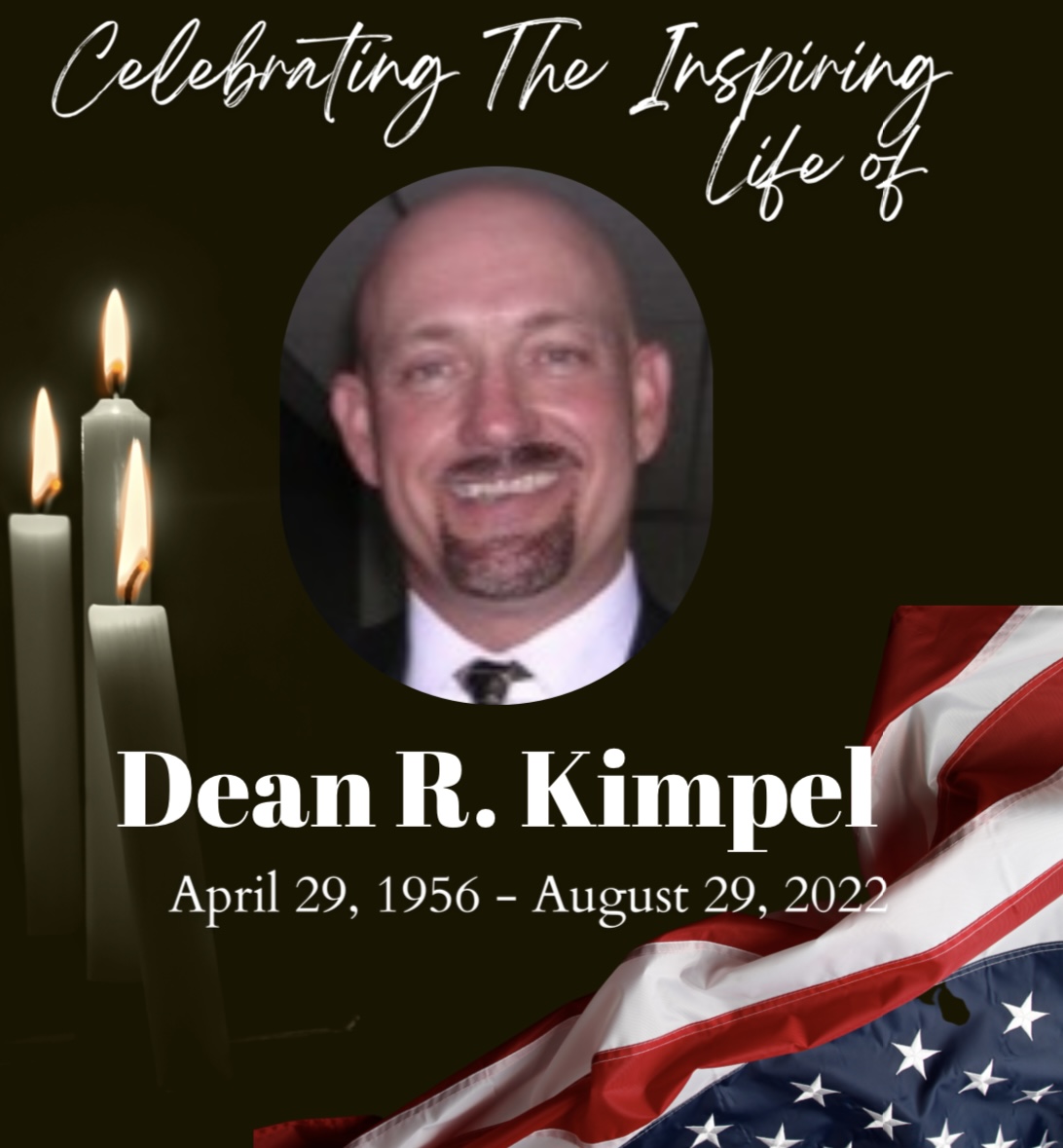 We honor and celebrate the Inspiring Life of DEAN KIMPEL. Dean will be remembered and cherished through the legacy of his family and friends.

There will be a memorial service for Dean on Saturday, September 24, 2022, at 12:00 PM inside the Celebration Lounge at Inspired Life Memorials at Summerlin, located at 311 N. Buffalo Dr. Suite B, Las Vegas, NV 89145. For those that are unable to attend the memorial in-person, a live stream will be available on the Inspired Life Memorials Youtube Channel. Please see below for the link to watch and participate online:

Dean Kimpel, age 66, left our world on August 29, 2022, at his home in Las Vegas, NV after courageously battling cancer.
Dean was born on April 29, 1956, at Trumbull Memorial Hospital, Warren, Ohio to June (Ostling) Kimpel and Dean Richard Kimpel. He graduated from Champion High School in 1974 and received a Bachelor of Science degree from Kent State University. From 1974-1977 he proudly served in the US Air Force as a Radio Repairman, reaching the rank of sergeant, and was a member of the drum and bugle corp.

During his time in the service, he was stationed in South Dakota and South Korea. After his discharge, he worked for Xerox in the repair division for 30 years, part of that time as a manager. He has since worked at a job he loved, Sr. Landman for Western Land Services, and was working for his own business, Kimpel
Land Services, at the time of his death. As a journeyed Landman, he worked in Ohio, Pennsylvania, Michigan, Oklahoma, Arizona, and Nevada. He was also a member of St. John’s Lutheran Church in Champion Township, Trumbull County, Ohio. He always had a project going on, including building two log cabin homes, the first in Bazetta Township and the second in the middle of 60 acres in Fowler Township, Trumbull County, OH, where he also built an airplane in his barn. He was always there when anyone needed help. Golf was a big part of his life and he enjoyed playing the casinos with his in-laws and wife. Best of all, he was a loving, devoted son to his father and mother in their later years.
He remains in the hearts of his loving wife, Jacqueline (Nail); his mother, June (Ostling) Kimpel; sisters, Diane Elser and Karen (Gary) McCoy; a brother, Craig Kimpel; mother-in-law Kathy Nail; father-in-law William Nail, III; sister-in-law, Kathleen (Kurt) Seifert; brother-in-law, William (Heather) Nail IV; several nephews and nieces and his precious dog, Kuper.
He was preceded in death by his father, Dean Kimpel; and his pups, Sara, Jessie, Kada, Sky, and Leanna, who were the loves of his life.

AGAIN, PLEASE DO NOT SEND FLOWERS. Additionally, please also feel free to leave a loving comment or positive memory of Dean with the family.